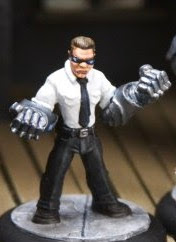 This is awesome. If you don't mind I'm going to add him to my list of Light City characters and resources (http://punverse.blogspot.com/p/light-city.html)