The Fraternity of Shadows Library: A collection of netbooks and webzines for Ravenloft and Masque of the Red Death.

Old Lord Skull: An repository of really cool netbooks and goodies for All Flesh Must be Eaten and other games. Definitely check out Alien Vs Predator- Duality. It's Aliens vs Predators vs Colonial Marines vs Zombies using AFMBE. It's pretty awesome.

And now, Christopher Walken wants to tell you a story...

First, I got two paperbacks at Half Price Books. They featuring the work of that master of Baroque Fantasy Clark Ashton Smith.

Second, somebody poster the entire Superfriends cartoon featuring legendary Voodoo Vampire that I talked about in this post.

With the Great Computer Move pretty much over with, I’ll probably be posting more often. So without further adieu, I present some ideas for Encounter Critical, fire tested with PURE SCIENTIFIC REALISM!

* We need Encounter Critical/Lords of Creation conversion notes, if only for the whacked out monster manual that is The Book of Foes. Mr. Rients?

* Battle Jesters (below). The make you laugh with jokes and comedy. They make you hurt with powered armor and big fricking guns. 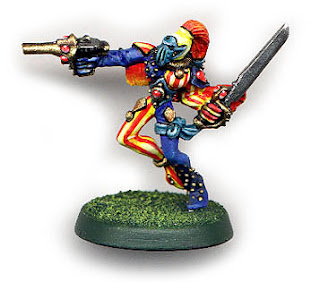 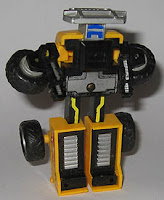 * Transchangors (right): Could somebody rip-off Transformers and Go-Bots to make a race of shape shifting robodroids that are buried in the mountains of Vanth? Yes! And they can be played by Zybots (a Transformer rip-off by Remco).

* Essential cartoon watching for Encounter Critical: Filmation cartoons. I love 80s cartoons in general, but Filmation cartoons have an eccentric edge that can be mined for ideas. Just half a season of He-Man and the Masters of the Universe can give you campaign ideas for years.

* Encounter Critical: The Roger Corman Edition. The rules littered with stills from Corman films. Kind of like all those sci-fi movies that use the starships from Battle Beyond the Stars.

* Encounter Critical Special Edition with plenty of bonus rules and race from the fans. And illustrated by Erol Otus. Oh yeah.
Posted by Mike David Jr. at 3:28 PM 5 comments:

A sad farewell to the other father of D & D. Part of my love of the strange in D&D goes back to him.