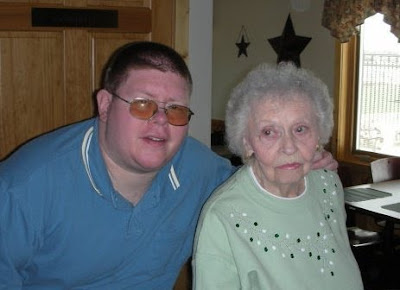 My paternal grandmother died last night at the age of 90. Complications from her falling and breaking her hip led to her passing. She was the person who introduced me to horror movies and encouraged my writing (even if she didn't understand it). In the last two years we would watch horror movies like Zombie, Evil Dead II, and more afterI got done with work. Without her and my aunt I probably would have never gotten into fantasy, sci-fi and horror. Without her and my family I would never have even had the thought of the Amazing RPG Fun Pad.

B-Movie Monday will return in 2 weeks, and more stuff will be popping up here soon. Grandma Angel would not want me to dwell on what happened. She would want me to live.
Posted by Mike David Jr. at 3:02 PM 3 comments:

Like most blockbuster hits, Raiders of the Lost Ark inspired some great rip--I mean tribute movies. The return of B-Movie Monday brings trailers for some of the more fun pulp films that spawned from Indy.

[B-Movie RPG] Dr. Freudstein from The House by the Cemetery

Submitted for your approval another Fulci creation using Cinematic Unisystem! From the classic 1981 Italian horror movie classic Quella villa accanto al cimitero (better known in America as The House by the Cemetery I give you the diabolical Dr. Jacob Freudstein. All abilities for Dr. Freudstein are guessed at because they are never really explained in the movie, which is actually pretty normal for an 80s horror movie. I originally wrote this up on the Eden Studios Message Boards. 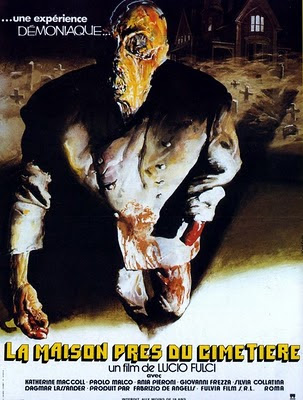 The House by the Cemetery French language poster

Jacob Freudstein was a doctor in the 1800s that began to experiment in means of prolonging the human lifespan. His research became an obsession. Freudstein began to indulge in increasingly bizarre and bloody experiments. The medical authorities of Boston rescinded his medical status. Driven into hiding, the Doctor retired to his home in the town of New Whitby, Massachusetts. Soon rumors began to circulate about the strange house by the cemetery. By the middle of the century Jacob Freudstein, his wife Mary, and their daughter May were dead. The house gained a reputation for strange disappearances and murders happening around the grounds. No matter who tries to sell the land or what the realtors call it, the residents call it “the Freudstein House”.

Jacob Freudstein walks today as a creature similar to a zombie. Well over 150 years old, he exists by harvesting the blood, limbs and organs of the people he kills. Limbs and organs he grafts onto himself to replace parts of himself that have rotted away. The only original body parts of the doctor that remain are his head and torso. The vocal chords have atrophied to the point where the only way Freudstein can communicate is with cries, moans, and grunts. Like most zombies and revivified beings, Freudstein is very hard to destroy.

With a steady stream of “donors”, Freudstein could exist in this undead state forever. Reports suggests that he still lives in the cellar of his house or in catacombs that exist beneath the cemetery that sits by the house. The true number of people he has killed has never been calculated, and his current activities are unknown.

It is also unknown if anyone else has used the Freudstein method of revivification.

When I can find my pdf copy of Ghosts of Albion (and have some free time to do it), I have an idea for making Freudstein as a malevolent ghost who can materialize to murder his victims.
Plus, Ghosts of Albion will hopefully be coming out in print soon…
Posted by Mike David Jr. at 3:07 PM No comments: 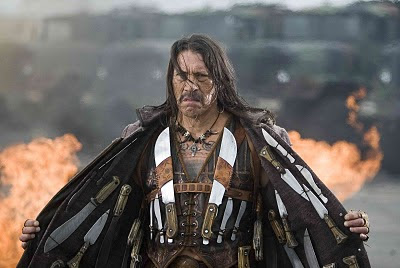 "Blades Muerte" Naschy: pirate, explorer, legend, and one of the few people Darth Viraxis is terrified of.

A rare picture of Los Caballeros de la Máscara on their way to save a small village. 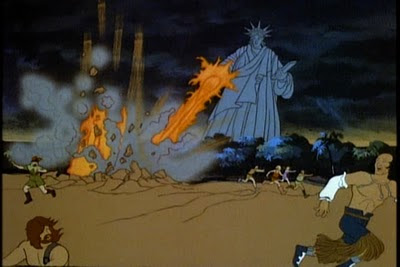 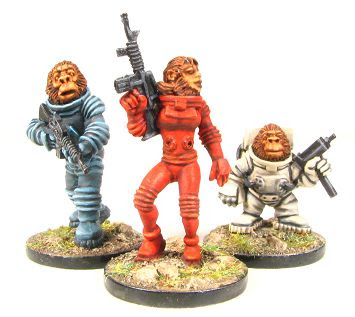