The Gambler on The Muppet Show

Here is one of favorite clips from The Muppet Show: Kenny Rogers singing The Gambler. 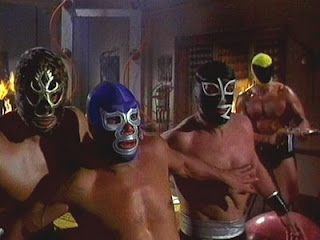 The Caballeros use strength, agility, and legendary wrestling ability to battle monsters and mad scientists. Each luchador knight has a unique mask that is chosen through deeds and visions. Their skills of wrestling are honed to a fine edge, and the oldest members of the Caballeros de la Máscara are said to have almost mystical powers. Legend tells that one of the founders or the order, La Máscara de Oro (The Golden Mask) battled Darth Viraxis to a standstill after a three day conflict.

There are legends of Fallen Caballeros who have betrayed the ways of the Luchador Knights, but most of these are believed to be stories used to scare children. If they are true, these Fallen Caballeros may become a great danger to all the lands of Vanth. Darker still are the archenemies of the Caballeros and the purpose of their creation: the Lich Templars of Ossorio. These blood drinking fiends are entombed in the North Mountains, but their dark influence is felt throughout the lands of Vanth. 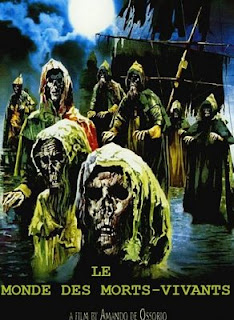 Some great rules for Wrestlers in EC can be found in the Files section of the EC Yahoo Group and this great post on Malevolent and Benign.

The Floating Pyramid of Nephron-Ra 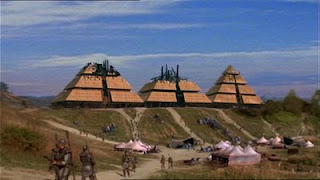 The skies of Vanth are littered with floating structures of different shapes and sizes. Whether powered by magic, science, or an unholy amalgamation of the two, these structures are the source of wild tales. Treasure, technology, and terror can all be found in these places. The more superstitious denizens of Vanth ascribe mystical qualities to those born underneath them. The more magically and scientifically advanced fly up to the structures explore them. Legendary structures above the lands of Vanth include the Floating Island of Roark, the Obelisk of Dolm Yav, Leng Phan’s Pagoda, and the Floating Fist of Be A’tal. But among the oldest and most famous is the Floating Pyramid of Nephron-Ra.

Asteroid 1618, the classic EC module rediscovered by Jeff Rients, has a pyramid map that is simple great for using for the Floating Pyramid of Nephron-Ra. You can download it here.

I’ve been busy the past month, so I haven’t had a lot of time for the blog. But now I’m back for more rocking and rolling!

Subplots: none
Posted by Mike David Jr. at 3:34 PM No comments:

One of my many vices is a love for fan fiction. I even write some on Twisting the Hellmouth, a Buffy/Angel fan fiction crossover site. You can read them here. (The link for the main site is on my sidebar). For the second time in two years, one of my stories has been nominated for a Crossing Over Award in the Best CSI Crossover category!

The nominated story is "Your Home Security Bites" and it's a Buffy the Vampire Slayer/CSI Miami crossover. It started out as a small 100 word story and ballooned to an almost 5000 word epic! It got real nice reviews too. I'll be letting you folks know how that goes.

You know, it's fun tooting your own horn sometimes!
Posted by Mike David Jr. at 2:55 PM 1 comment: