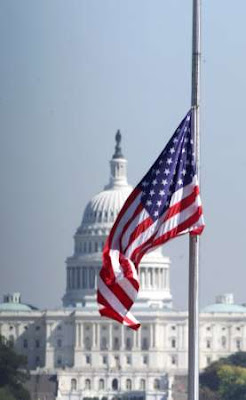 Remember those that served and died to make you free.
Posted by Mike David Jr. at 8:26 AM No comments:

Since it would be kind of weird putting up cheesy trailers on Memorial Day, I decided to put them up on the Sunday before Memorial Day.

Here's some Dennis Hopper. RIP to him. I enjoyed him in all the movies I saw him in.

One of my favorite movies ever is Demons (Demoni), a 1985 horror movie. Here's a tribute to the best character in Demons, the legendary Tony the Pimp played by Bobby Rhodes.

Hiya, gang. This B-Movie Monday was inspired by the movie Dreamscape (which I saw on Sunday) and the upcoming Leonardo Di Caprio movie Inception. Here are a couple of trailers involving dreams and monsters that live in them.


See you next Monday!
Posted by Mike David Jr. at 4:34 PM No comments:

No B-Movie Monday today. Got a bunch to do and I'm watching this... 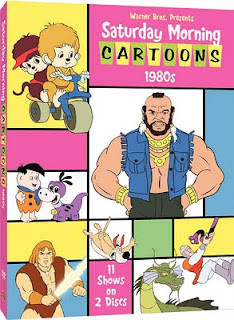 Mr. T, Chuck Norris, and Thundarr the Barbarian in one DVD set! How bad ass is that?

Hey Kids! Here’s a vampire hunter that is obsessed with destroying Baron Falco. It’s another reference that will probably get me a stern talking to.
Der Kommissar
Obsessed Vampire Hunter 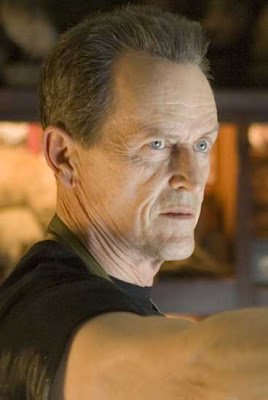 To vampires across the world, the name Der Kommissar strikes as much fear as the name Van Helsing. His cruelty is legendary, and the things that he does to vampires when he does find them, is best not described here. Some say he made a deal with the Devil himself to wipe vampires from the face of the earth. They may be right.
Der Kommissar’s name is lost to the years, and even the oldest vampire hunter cannot recall where he came from. What is surmised is that he comes from a moneyed background, he can speak several languages, and is familiar with high and criminal society. Der Kommissar’s main obsession is slaying vampires, even the ones seeking redemption. Even other vampire hunters avoid the man if at all possible, because to Der Kommissar there is no such thing as “unacceptable collateral damage”.
For some reason he intensely hates Baron Amadeus Falco. When Der Kommissar has a lead on the Baron, he will actually kill a vampire quickly to go after him.
Obsessively Cruel Vampire Hunter With No Conscience [5]
Obscenely Wealthy World Traveler (4)
Social Chameleon Criminal (4)
Self-Trained Weaponsmith [3]
Questing Dice (Destroying Baron Falco): [][][][][]
Hook: If You Gaze Into the Abyss
Der Kommissar is utterly obsessed with killing vampires. He has done and will do things, legal and illegal, that make him maybe more of a monster than the things he hunts.
Posted by Mike David Jr. at 5:38 PM 1 comment: 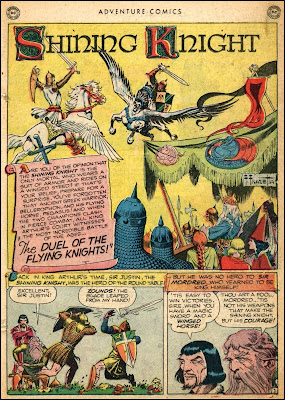 Farewell to the great artist. I hope he finds peace from all the chaos that seemed to surround him in his final years.
Posted by Mike David Jr. at 4:08 PM No comments:

Welcome to another installment of B-Movie Monday! I got superheroes on my mind. Were not talking about Batman or Spiderman. Were talking about, well, these guys...

Join me again next week for another B-Movie Monday!
Posted by Mike David Jr. at 2:36 PM No comments: 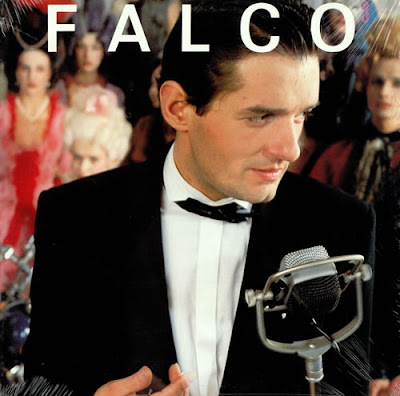 Baron Amadeus Christoph Wilheim Falco, a nobleman from the small Balkan nation of Ruritania, was turned in the late 17oos by a Bride of Dracula. He soon learned how to control his blood hunger and grew powerful enough to be simply left alone. The Baron left Ruritania a century later and traveled Europe and beyond. While he pays respect to the Lord of the Undead when he has too, Baron Falco eschews most of the trapping of vampire politics. You can find him anywhere where there is good music and entertaining company (both high and low born). Oh, a word of warning: NEVER interrupt the show he is enjoying without a real good reason.
Ruritanian Vampire Nobleman Who Wants To Be Left Alone [5d10]
Dedicated Singer and Musician (4)
Seductive Carouser with Friends Everywhere He Goes [3]
Protector of Humanity When He Has To Be One (3)
Hook: Enemies Galore. Baron Falco has made powerful enemies in his undead existance who seek to embarass , inconvience, or destroy him. Being a Grandchild of Dracula only goes so far.
And here was the inspiration:
Posted by Mike David Jr. at 8:18 PM 7 comments:

Welcome to a short B-Movie Monday at the Amazing RPG Fun Pad! 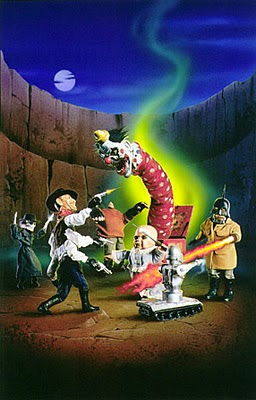 Art for the Puppet Master vs Demonic Toys that was never made.

First off, Full Moon Direct have put up all of the Puppet Master movies and three of the Demonic Toys movies on YouTube. Waste the afternoon watching puppets duke it out with man, monsters, and more!

Oh, and some mad genius put this gem on youtube:

Check out the entire movie on YouTube starting here

Join us every Monday for B-Movie Monday!
Posted by Mike David Jr. at 4:57 PM No comments: