I Am A Neutral Good Human Cleric

I finally jumped into the What D&D Character Am I meme that's going around. This is what I got...

I Am A: Neutral Good Human Cleric (6th Level)


Alignment:
Neutral Good A neutral good character does the best that a good person can do. He is devoted to helping others. He works with kings and magistrates but does not feel beholden to them. Neutral good is the best alignment you can be because it means doing what is good without bias for or against order. However, neutral good can be a dangerous alignment when it advances mediocrity by limiting the actions of the truly capable.


Race:
Humans are the most adaptable of the common races. Short generations and a penchant for migration and conquest have made them physically diverse as well. Humans are often unorthodox in their dress, sporting unusual hairstyles, fanciful clothes, tattoos, and the like.


Class:
Clerics act as intermediaries between the earthly and the divine (or infernal) worlds. A good cleric helps those in need, while an evil cleric seeks to spread his patron's vision of evil across the world. All clerics can heal wounds and bring people back from the brink of death, and powerful clerics can even raise the dead. Likewise, all clerics have authority over undead creatures, and they can turn away or even destroy these creatures. Clerics are trained in the use of simple weapons, and can use all forms of armor and shields without penalty, since armor does not interfere with the casting of divine spells. In addition to his normal complement of spells, every cleric chooses to focus on two of his deity's domains. These domains grants the cleric special powers, and give him access to spells that he might otherwise never learn. A cleric's Wisdom score should be high, since this determines the maximum spell level that he can cast.

Find out What Kind of Dungeons and Dragons Character Would You Be?, courtesy of Easydamus (e-mail)

Some of my best D&D characters were clerics. Go figure...
Posted by Mike David Jr. at 3:05 PM No comments:

Recently I was reminded of the movie Equinox, also known as The Beast,by my friend Jim, who saw in on TCM. This 1970 film is considered one of the inspirations for the Evil Dead series.

The basic plot of the movie is that four friends are looking for a lost professor. They stumble upon an ancient book and are pursued by monsters in a strange pocket universe. There are several people of note in this movie: Frank Bonner (Herb from WKRP in Cincinnati)  plays one of the teen. Legendary author Fritz Leiber plays the missing scientist. Plus Equinox was produced and directed by Dennis Muren, famed special effects designer who worked on Star Wars and Terminator 2. One of my personal favorites who was also involved was Dave Allen, famous stop motion artist who worked on many a b-movie production.


Equinox is a raw, low budgeted ($6500) early 70s movie with plenty of stop motion animation. There are ideas to steal from the movie for role playing or miniatures gaming. I recommend checking out the Criterion Edition of the movie. It's chock full of extras including the original version of the movie, two audio commentaries, and some fun little extras.

Bonus: The legendary King Kong Volkswagen commercial, animated by Dave Allen. I love how fluid the animation is.

Links To Check Out:

Equinox (film) on Wikipedia
"Backyard Monsters: Equinox and the Triumph of Love":  (SPOILERS!)  A great essay about the movie that delves into the inspirations and history of the film.
Posted by Mike David Jr. at 6:50 PM No comments:

Here are two characters more urban fantasy characters I created for Risus. They use Options I, II, III, and IV from the Risus rules. Also used are the Lucky Shots & Questing Dice, Sidekicks and Shieldmates, Eye of the Tiger, and Boxcars & Breakthroughs Options from the Risus Companion. 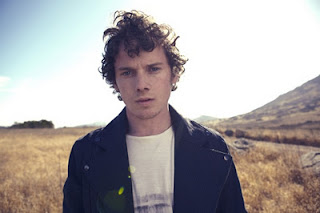 A former law student who dropped out of law school when strange incidents began to happen to him. Pyotr is a descendant of one of the mythical Bogatyri, the mythical hero knights of Russian legend. He often times has dealings with creatures of that myth cycle. Wherever he goes, his ancient heritage has a tendency to seek him out. Recently Pyotr has been spending more time with a fey maiden he saved from a mad alchemist.


Cliches:
Descendant of the Bogatyri (4d10)
Construction Worker (4)
Ex-Law School Student [3]
Hook:Myth Magnet: As a descendant of the Bogatyri, Pyotr is a magnet to mythological beings, especially faeries. While sometimes this is useful, this can also cause problems in GM-decided situations. Ex.: die penalty when sneaking because a nymph in the park your hiding in likes you; penalty sneaking in abuild because the house fey doesn’t like him.
Natasha (Real Name Unknown) 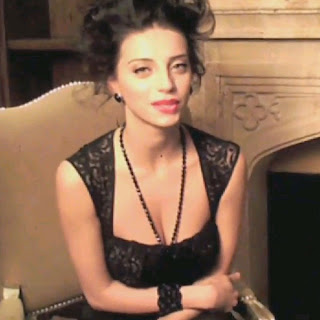 A Russian fey who has become close to Pyotr. Most people consider them a couple, but both of them deny it.
Cliches: Drop Dead Gorgeous Vila Fey (3), Mistress of the Crossbow (3) 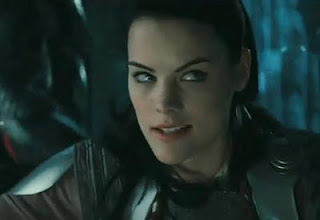 The game is all that matters to Sara Bannister. She comes from a long line of con folk and grifters that have traversed the US and Europe. Sara is currently “retired” from the business. After a situation that she refuses to discuss, she was pardoned by the federal government and “directed” towards various private interests that could do more good with less bureaucracy .
Her skills are quite useful in investigators, but she is also used in delicate “retrieval” scenarios. Sara is carefully watched around the valuables.
Cliches:
Silver Tongued Ex-Grifter (4d8)
Gorgeous Actress (4)
Well Connected Player [3]
Vicious Dirty Fighter (3)

Hook: Hard to Resist the Con: Sara’s greed sometimes overwhelms her more altruistic aspirations. 1 die penalty in situation where she can get away with conning someone.
Posted by Mike David Jr. at 10:30 PM No comments:

Saw this movie this weekend. It was pretty decent.

This one just looks cool

If you want a classic 80s monster movie, check this out. It's the Ultimate Eating Machine! 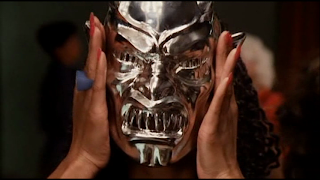 I just had to get over this hurdle. 250 posts in the rpg blogosphere. Life has made it easier to indulge my love of B-Movie trailers than RPG material but hopefully that will change. Thanks everybody for glancing at my blog and I promise more stuff down the road!
Posted by Mike David Jr. at 7:51 PM No comments: