Fulci's Zombie From A Torg Perspective

[There are some spoilers for Zombie here and Torg geek talk. You've been warned!] 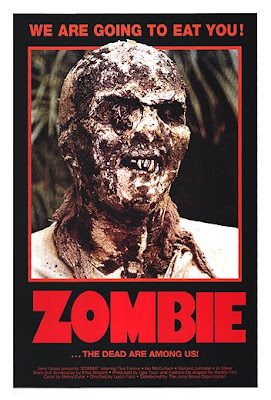 When I was on vacation in late August there wasn't much on Digital TV in Winneconne, so I was watching some horror DVDs on a rainy day. I had also got some old Torg novels & short story collections for a dollar a piece at the Chimera Hobby Shop in Appleton. After watching Lucio Fulci's Zombie, it struck me that Zombie could be seen in a Torg light very easily, particularly the realm of Orrorsh.

Here are some brief thoughts:

The horror originates on the distant tropical island of Matool. Although Orrorsh in canon Torg in centered in Indonesia and the Philippines, the tropical setting is very apt.

The boat that floated to New York from Matool is a floating hardpoint for the Orrorsh reality. Because the reality of New York is so overwhelming, it would be considered a Mixed Zone. The obese zombie that falls into the could be Possibility Rated.

Many of the Gothic tropes prevalent in Orrorsh can be seen: mad science, the obsession with knowledge, brushes of colonialism, zombies, lonely houses in the middle of the jungle surrounded by the unknown.

It seems that at the beginning of the film, the recently dead are reanimating. As Zombie goes on the dead become more violent and hungry. The reanimation of the older dead comes later in the movie, namely the cemetery scene.

Peter (Ian McCulloch) seems to be more able to kill the zombies as Zombie goes on. He is definitely a Storm Knight. The rest of the cast are Ords except maybe for the good Doctor Menard (Richard Johnson), who probably has some Corruption points too.

The final scene can be viewed different ways. You could go the typical zombie apocalypse route, but there's no possibilities to be harvested when zombies kill everybody. A more Torg approach is the fear of a zombie epidemic as Bryan (Al Cliver) slowly becomes a zombie on the boat. If I remember right, the classic "zombies are taking over" voiceover at the end was part of the American version of Zombie.

The legendary Zombie/Shark battle can appreciated by fans of ANY RPG! 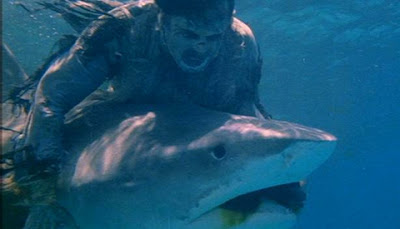