Monstrous Monday: The Taunter for GURPS Technomancer and WaRP System

Well it's finally here: Monstrous Monday! I would have posted this sooner today but I got a little bit busy today. For my monster I present The Taunter, a demon for GURPS Technomancer (3rd Edition rules) as it was originally presented in All of the Above, the GURPS APA issue 39, December 1999. Also included are stats using the Wanton Role-Playing System from Atlas Games. Enjoy.

The demonic beings known as Taunters are not known to the general public at large. They walk behind the scenes, tormenting loners and people on the edge of society. The victim of a Taunter is plagued with paranoid and increasingly nightmarish dreams until the victims kill themselves or are institutionalized. After this, the being leaves to go torment the next victim in line. A Taunter will never kill a victim on their own. It is believed that several suicides and murder-suicides were caused by a Taunter.

A Taunter takes a particular delight in driving a person mad. They will use all of their abilities to make the victim appear foolish, driving away friends and family until the victim is alone by themselves. Then the visions and a barrage of madness spells begin. If a person somehow overcomes the influence of a Taunter, the Taunter will leave the person alone, and he will be "marked" as someone the rest of this demonic race will not touch. They also seem to have a deep dread of the truly insane; maybe this is because the perceptions of the insane can truly identify them.

Taunters in their natural form are thin chalk white beings around 6 feet tall. The skin of a Taunter is wrinkled with a slightly oily sheen. The hairless face has no features but milky white eyes, two slits where a nose would be, and a wide mouth that takes over half of the face. They are always smiling. When they use alter body, the human form is usually of average appearance, with the exception of the milky white eyes and insane grin.

The Taunter rarely speaks to its victim, but when it does it is with a rich voice. In the one recorded instance of a discussion with a Taunter, it was asked it's purpose. It responded "We exist. That is all."

Tormentor Demon (4 dice) The Taunter is a demon who feeds on the fear and terror of their victims. A Taunter can induce fear and madness in their victim. Patient beings, they can spend years driving an innocent man to acts of murder and mayhem. Even causing slight mishaps for others makes the demons day. They also share some of the resilience of their infernal cousins. (Smiles at the misery of others)

Shifting Form (3 dice) Form is fluid to the Taunter, and is used to torment it's current prey. A Taunter can shift into the forms of people they have met or images they have seen. They can also cloak themselves from everyone else other than the person they are tormenting, thus increasing the isolation of their victims. Any form the Taunter takes is marked by the milky white eyes of their real forms. (Milky white eyes)

Demonic Bans (Flaw) While powerful, the Taunter is bound by certain "rules" that can curb their power. Taunters will not kill their victims directly, for a dead victim provides no fear. A person who overcomes the attentions of a Taunter will be never again be tormented by another one. The truly insane will drive a Taunter away, and certain madmen have been rumored to banish them all together. (Cringes when the crazy bag lady goes by) 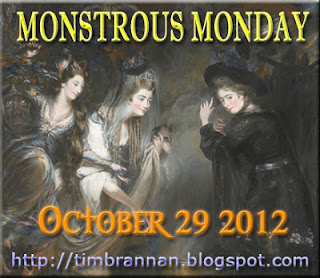 This is a re-post from July. I thought it would be perfect for Monster Monday. Enjoy... 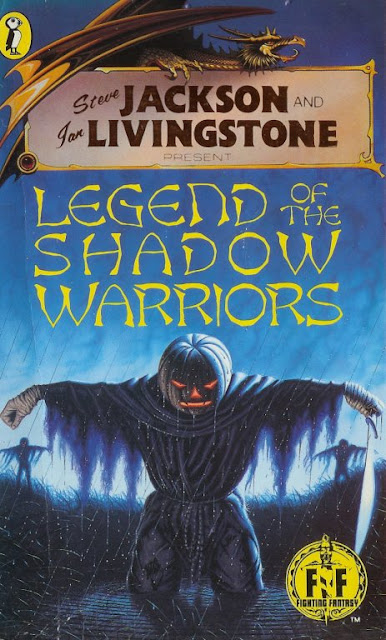 Check out the magic and all the fun: 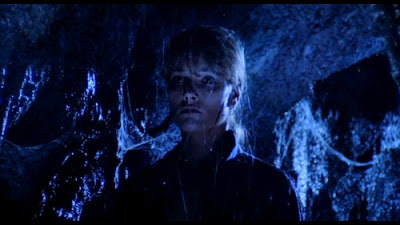 Here is a video complilation of some of the best horror VHS box art that came out since the 80s. I wish that half of the videos out today had as good the art. Sure sometimes the movie had no relation to the cover, but you roll your dice, you take your chances... And for an amazing collection of VHS covers of all genres, check out the fine folks at VHS Wasteland.
Posted by Mike David Jr. at 2:54 PM No comments:

One of my favorite horror movies when I was a youngster, I first saw Gargoyles when they played in on the Milwaukee version of Shock Theater in the early 80's. Easily one of the best horror TV movies outside of The Night Stalker, Gargoyles is an interesting take on the Gargoyle myth. This movie features the Mighty Bernie Casey as the Gargoyle and the first onscreen work of legendary special effects artist Stan Winston.
And like many b-movies of the era you may find the ending open for sequels. Like maybe, I don't know, perhaps a RPG campaign...