Some of my favorite movies when I was a kid:

and the delirious trapped in a theatre with monsters movie Demons

Encounter Critical is a great retro science fantasy game. You would do well to check out the game at its home page here. Written by gaming guru and all around raconteur S. John Ross, it is truly a fun side trip back in RPG time
The following are three races of EC that I posted on the EC Yahoo Group, and four new ones. They are slightly expanded from the original versions.

These strange looking creatures are recent arrivals to Vanth, although some explorers claim to have seen drawing of Mantopi in ancient structures deep within the Forbidden Waste. They are humanoid with gray-blue skin and the head of an octopus, complete with 6 tentacles around their beaklike mouth. Their eating habits are disgusting, but the claims of mantopi being brain eaters are scurrilous rumors at best.
Adjust stats: +1 ESP or MAG, -1 LEA, +1 INT, -1 LUC, +1 ROB.
Mantopi gain a +10% to Psi-Resist and Psychic Implant, but –20% Seduce. They tend to be Warlocks or Psi-witches.

Sleazy and scurrilous, the ratmen are famous (infamous) for their skills at thievery and other naughty tasks. They have a tendency to be untrustworthy and dirty, existing underneath the cities and towns. Some members of the race have proven themselves decent and honorable, though. These ratmen are among the most dedicated lawmen and women in Vanth. They look like humanoid rats.
Adjust stats: -1 ADA, +2 DEX, -1 ESP, -1 LEA, -1 ROB, +1 STR.
Ratmen gain a +20% to Sneak, Steal, and Consume Alien Food. Most have a strange odor that gives them a –15% to Interaction with beings that can smell them.

A canine race of rescue experts created before the Galactic Collapse. They have proven themselves time and again across Vanth by helping any race in trouble. Dalmatons are canine humanoids with white fur covered with black spots. Fun fact: Dalmatons are the only race that Darth Viraxis has never tried to conquer.
Adjust stats: +1 ADA, +1 STR, -2 MAG.
Dalmatons gain +10% to Greater Feat, Lesser Feat, and Interaction, and -10% to See the Future.

A felinoid race of warriors who wander Vanth in search of adventure and a purpose in life. All Tigarians on Vanth are the descendants of three great family ships fleeing from a tyrannical pirate lord. To say this race hates pirates on an understatement. Each Tigarian has a Signature Weapon they carry at all times.
Adjust stats: +1 DEX, +2 ADA, +1 LUC, -1 MAG, -1 ROB, -1 STR.
Tigarians have a +10 to Happenstance. They also each have a Signature Weapon with which they have a +15% for Scare percentage with that weapon. (Journey Master’s choice)

Sages are a thin, ochre-colored humanoid race that has traveled the cosmos in search of knowledge. The mighty land of Vanth is full of such mysteries. The main concentration of the Sages resides in a great monastery hidden in the Deadly South Mountains. They are well known for not giving up their information easily.
Adjust stats: -2 DEX, +2 ESP, +3 INT, -1 LEA, +2 MAG, -1 ROB, -2 STR.
Sages have +20 to Psi-Resist, +10% to See the Future, -20% to Seduce, and –10% to Lesser Feat.

They are the last and greatest experiment of the mad Botany Barons of Bethel. Plantfolk escaped to the four corners of Vanth when the Ape Sultans wiped out the Botany Barons after the Rosewood Incident. The Plantfolk have been seen in the different environments of Vanth. Many Plantfolk are close to the land, and most worship the Mother Goddess A’dra.
Adjust stats: +2 ADA, -2 LEA, +1 added to two stats and –1 to two stats. The Plantfolk are a versatile race.
The Plantfolk do not eat normal foods, but survive either by sitting in the sun or “rooting” him or herself into the soil to absorb the nutrients within.

This race only recently rediscovered on Vanth is descended from insects rather than mammalian stock. The resemble humans closely, but they have facetted eyes, attenna, and four fingers. Most insectors have an innate distrust of high technology due to incidents in their past, several involving the lost island of Koleecho. There are colonies of Insectors throughout Vanth. Several clans of Insectors are bound to giant insects that they ride.
Adjust stats: -1 ADA, +2 DEX, +2 ROB, -2 MAG.
Insectors gain a +10% to Logic, +20% to Insect (Monster) Friend, and a –20% Machine Friend.

That's it for today.

For Your Viewing Pleasure

The trailer for Italian Spiderman. This is flipping hilarious!

Something a lot gorier: the trailer to Beyond the Dunwich Horror, a new Lovecraft adaptation with an exploitation vibe.

And for dessert, David Hasselhoff fighting a robot with a lightsaber.

See you next time!
Posted by Mike David Jr. at 4:12 PM No comments:

A Welcome to All

Greetings and Salutations!
Welcome to Mike's Amazing RPG Fun Pad. When I told my friends I was finally starting a blog, my friend Gene exclaimed "Way to join everybody else on the internet!” Ah well, friend Gene is right.

I’m just an ordinary guy who loves RPGs, B-movies, 80s cartoons, fan fiction, and cult TV shows. In the mid 90s to early 2000 I was a contributor to the GURPS APA All of the Above. Since then I’ve written a bit here or thereon message boards and forums. I even did some writing for my friends’ projects too. I finally decided to join the blogosphere and share some of the things I really love with the World Wide Web. My title is from a cherished childhood memory of mine. Every Christmas and Easter, among the presents would be several big coloring/activity books called Fun Pads. The books provided me with hours and fun on snowy or rainy days. 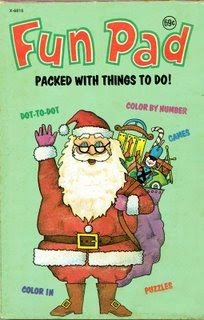 What am I planning? Reviews of some of my favorite movies and rpgs are one thing I’d like to do. Pictures of beautiful scream queens and fun movie posters produced for your amusement is another. You will see YouTube videos and some old stuff I got in the files just to waste some space…I mean, share with you.

As for RPGs, I love games from mainstream to retro to downright bizarre. I plan on representing games like Encounters Critical, Mutant Future, Cinematic Unisystem, Basic Action Superheroes, and whatever else tickles my fancy.

B-Movies played a big part in my growing up and you will see plenty of gems in the coming weeks. Even the crappiest movie has some good gaming material, so I figured why not mine it? My goal is to convert some of the strangest and fun movies to RPG stats. Be ready for some cartoon stuff too.
Why? Because I can!
So there you have it. A bizarre mix of RPG and tv show, grindhouse and animation. 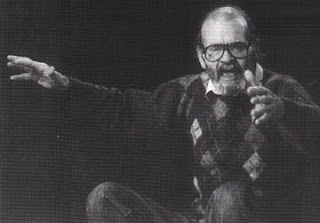 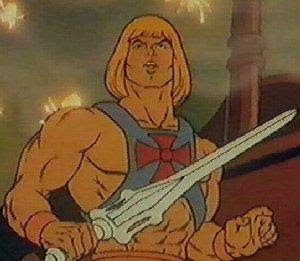 I hope you enjoy my irregularly updated blog!
Posted by Mike David Jr. at 4:00 PM 1 comment: