13 Days of Halloween: The Revenger, A Monster for Cryptworld

Here is a creature for the excellent Cryptworld RPG from Goblinoid Games. The Revenger is based on the amazing Orville Ketchum from the films Sorority House Massacre II and Hard to Die by Jim Wynorski. (Both movies not for the kiddies!) Think of the Revenger as a mix of deus ex machina and Pain in the Ass for your players. Hope you enjoy! 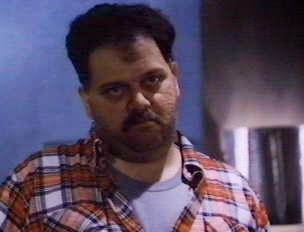 Experience: The experience of the Revenger's Target/2 (see below)

Those who deal in the unexplained leave havoc in their wake. From the unholy powers of Elder Gods to the powers hidden in the human mind, even the most controlled usage has side effects. When these energies are released in acts of murder, savagery or possession those that survive may be altered by them. On the surface they remain human, but these altered survivors become mystically bonded to the source of the disturbance (referred to as the Target).

A Revenger is caught between life and death. In the moment of where most would die, the Revenger clung on to the desire to stop the source of their misery, the Target. This belief revives the body and pushes onward with one goal: to destroy or banish the Target. A Revenger who kills the Target outright returns to a normal existence none the wiser. If the Target escapes, the Revenger will either follow the resulting trail or settle down near the scene of the incident. Often, especially if the Revenger is the only survivor, he or she is considered the actual murderer. Years can go by before the Revenger encounters the Target again. But fate always seems to bring them together again.

When the Revenger is encountered he will try to warn others of the Target and what he did. Being bound to the Target, the Revenger can always sense the Target's presence within 1 mile of his present location. If the Target is using some sort of remote sensing or possession, a Revenger will recognize to matter what the disguise. Convincing others of the fact is another matter entirely. Most PCs will believe that he is the killer, as do the local authorities. When the killings start or any unnatural powers used, the Revenger will drop everything else and try to destroy the Target. Often they will get in the way of any efforts to destroy the Target. Anyone caught in the crossfire will be collateral damage.

Revengers are almost impossible to kill with ordinary weapons and are immune to the effects of aging, poisons and suffocation. In pursuit of the Target, they can be stabbed, shot, electrocuted, set on fire, or any number of unpleasant way to be wounded. A Revenger suffers no damage from ordinary weapons. He can be rendered unconscious, but the Revenger always seems to show up again to try and kill the Target. The only way to release a Revenger is to help him destroy the Target. When this is achieved, the abilities of the Revenger fade away. Some of them try to resume normal life. Others fall into the dust, the weight of years finally claiming them. 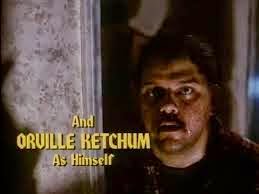 To see more about the inspiration of the Revenger, check out the Old Hockstatter Place for more details.