I loves me some Risus, written by the diabolical S. John Ross. I believe that it is one of the best free RPGs of all time. Risus is a deceptively simple 6 pages of solid RPG power that can run anything imaginable. I also like to use Risus as roleplaying shorthand to describe characters. You can find more about Risus and download a copy of the rules on this handy dandy Risus home page here.

The characters below are from one of those projects I never really got off the ground. It was to be a collection of characters for Modern Dark Science Fantasy type settings using Risus as the game crunch. Think Disney's Gargoyles, Buffy the Vampire Slayer, Army of Darkness, etc. I didn’t have a definitive setting in mind, so in the initial notes I used the name Random City as a setting reference. The name stuck in my mind, so I’m using it here. 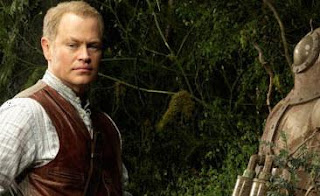 Description: While many of Random City’s police force try to avoid the strangeness of the city, Detective Jack Chaykin relishes it. His unfasability has made him the Random City Police Department’s unofficial liaison with the Supernormal community. It is a role Jack has come to love. Yet he is troubled by recent events that may make him chose between his friends and the force.

Clichés: Unfazable Police Detective (4), Cheerful Weirdness Magnet (3), A Friend to All (3), Gourmet Cook (2)
Hook: Torn Between Duty and Friends. Jack takes a penalty in situations where he must chose between friends and duty. 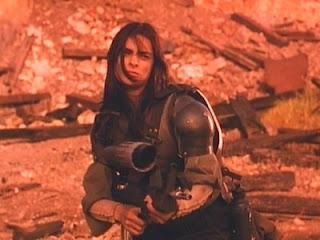 Description: A refugee from an alternate earth controlled by a benevolent robotic empire. Sofia Eastman is a hunter of rogue robots who threaten both humans and robot. In her world she was charged to eliminate mechanoids who had gone “crazy”. An Interdimensional Crisis that ravaged the multiverse 2 years before brought Sofia to this world. In Random City, Sofia has found a niche as a police consultant dealing with rogue robots and psychotic AIs.

Clichés: Obsessively Focused Robot Huntress (4), Urban Survivalist From Another Earth (3), Borderline Psychotic Driver (2), Police Consultant Because She Has Nothing Better to Do (2)

Hook: No Social Skills Whatever: Sofia takes a penalty in most social situations due to her lifetime dedication to being a robot hunter. 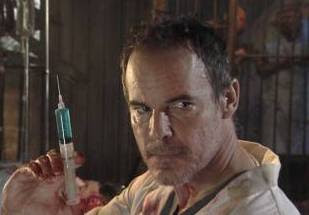 Description: The upswing in the appearance of Supernormals of all stripes had led many scientists to try to crack the secrets of their powers and abilities. Dr. Daniel Straub, a former government employee, has set up shop in Random City to study such powers. His intentions are to discover and codify the sources of these abilities, and explore the strange one he has developed. Dr. Straub has found himself drawn into the conflicts in Random City; he is no longer merely an observer anymore.

Hooks: His Past. Dr. Straub’s past has a habit of bursting back into his life at the most inopportune times.
I got the pictures above through Google Images. They are Neal McDonough, Lisa Ann Russell, and Andrew Divoff, respectively. I'm also thinking of doing stats for these character in other rules. Maybe, maybe not. Hope you enjoy.
Posted by Mike David Jr. at 6:22 PM